To commemorate the 25th anniversary of the re-establishment of Newcastle as a city, the Newcastle Arts Council is proud to present a year-long series of films, speakers and presentations about the immigration experience and how understanding the reasons and journeys of those who emigrate leads to a greater understanding of our neighbors.

Each of the films will be shown at 7:00pm at Aegis Gardens (13056 SE 76th St, Newcastle, WA 98056). Each showing will feature an introduction and Q&A led by University of Washington film historian Lance Rhoades.

These events are free to the public but an RSVP is required as there is limited space at Aegis Gardens. Please send an e-mail to newcastlewaarts@gmail.com with your name and the number of individuals in your party who will be attending on which dates.

These events are being presented with support from the Newcastle Arts Council and Aegis Gardens. Space limited. Free parking.

Lance Rhoades is a multifaceted Seattle-based scholar who completed his graduate studies in Comparative Literature and Cinema Studies at the University of Washington, where he has taught in the Department of Comparative Literature, and in the Cinema Studies, Comparative History of Ideas, and American Indian Studies programs, and was a recipient of the UW’s Excellence in Teaching award. He has presented talks throughout North America, Asia and Europe on cultural history in film. Each year he teaches a course in the humanities at the Massachusetts Institute of Technology. Close to home, Lance regularly lectures on the history of literature and film, and he serves as a Program Director for the Mercer Island Library and Mercer Island Arts Council.

Jan. 19: My Life in China (Kenneth Eng, 2014) – Chinese-American documentary filmmaker Eng looks at his father’s risky journey from China to The United States in the 1960s and the sacrifices he made for his family’s future by traveling with his father back to the place of his birth.

Mar. 16: Far and Away (Ron Howard, 1992) – The paths of an Irish serf who dreams of owning his own land (Tom Cruise) and a wealthy landowner’s daughter (Nicole Kidman) who is looking for excitement in the New World become intertwined when they realize they need each other to make the journey to America.

May 11: El Norte (Gregory Nava, 1983) – This Oscar-nominated independent film follows a brother and sister of indigenous Mayan heritage who flee violence in their mountain homeland in Guatemala and undertake the dangerous voyage through Mexico into the United States.

Jun. 1: The Visitor (Tom McCarthy, 2008) – A lonely and aimless professor (Richard Jenkins) finds his life is given new direction when illegal aliens from Syria and Senegal turn up in his New York apartment.

Jul. 27: The New World (Terrence Malick, 2005) – A visually-poetic dramatization of the encounters between English settlers of Jamestown, Virginia and the Algonquin inhabitants already there, centering on the legend of the relationship between Captain John Smith and Pocahontas.

Aug. 31: The Namesake (Mira Nair, 2006) – This colorful film follows a Bengali couple who move to New York in the 1970s and work to keep strong their family bonds as their children grow up as middle-class Americans.

Sep. 28: America, America (Elia Kazan, 1963) – In master director Elia Kazan’s most personal film, the story of how his uncle, as a young man in the 1890s, made the perilous journey from Anatolia to The United States.

Nov. 23: Picture Bride (Kayo Hatta, 1994) – A young woman eager to leave behind her sad life in Japan becomes one of tens of thousands of “Picture Brides” who accepted marriages to plantation workers in Hawaii.

Dec. 14: Moscow on the Hudson (Paul Mazursky, 1984) – Robin Williams, in a touching and humorous performance, plays Vladimir, a Russian saxophonist playing for a circus, who decides to defect while in a Bloomingdale’s during a tour in New York City. 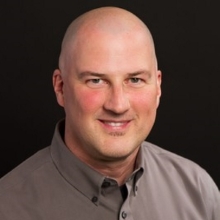